skip to main | skip to sidebar

Like I said in the last post, I already watched three K-drama last week. I also already written review one of the three k-drama that is "Fashion King". Now, I will write review K-drama "Rooftop Prince".

Before I tell to you about my opinion, I will give you the synopsis of this drama. The synopsis source from here.

K-drama "Rooftop Prince" has themes of time-travel. This drama is story about Joseon era (300 years ago) and Seoul in 2012.

In Joseon era there lived the Crown Prince, his name Lee Gak (Micky Yoochun). When he is ready to marry, Lee Gak wants to marry a beautiful woman. Bu Yong (Han Ji Min) dan Hwa Yong (Yung Yoo Mi) are sisters. Hwa Yong, the older sister wants to marry Crown Prince Lee Gak, but her father makes it clear that younger sister Bu Ying will marry the Crow Prince. Hwa Yong is so upset, she uses an iron to burn Bu Yong's face, pretending it was an accident. Now, Bu Yong carries a big scar on her face. Eventually, older sister Hwa Yong marries Crown Prince Lee Gak. Time passes and are now adults. Younger sister Bu Yong is now a smart woman, good with needlework. Older sister Hwa Yong is uneasy that her husband, Crown Prince Lee Gak, and Bu Yong get along well, One day, Crown Prince wakes up in the early morning. He finds that Hwa Yong is not next to him. He feels something strange about the situation and calls for an eunuch. At this time, an eunuch comes running to the Crown Prince and informs him that Hwa Yong is found dead in a pond. Lee Gak suspects that his wife's death is not by accident. He puts together a team to investigate his wife's death. When the team awaits to interview a witness, a group of assansins appears and chases them. Crown Prince Lee Gak and his men are chased to the edge of a cliff. The group jumps off the cliff. The Prince from the Joseon era travels to the future with his entourage Song Man Bo (Lee Min Ho), Woo Yong Sul (Jung Suk Won) and Do Chi San (Choi Woo Shik).

While in Seoul, when Park Ha (Han Ji Min) was young, her father remarried and Park Ha gained older step-sister Hong Se Na (Yung Yoo Mi). When their parents left for work, older step-sister Se Na despised having to take care of her younger sister. One day, while younger sister Park Ha sleeps inside a truck, the truck suddenly departs. Even though Se Na sees the truck leaving, she turns around and pretends that it isn't happening. Time passes, younger sister Park Ha is now living in America. While, Park Ha sells fruits as a sidewalk vendor, Yong Tae Yong (Micky Yoochun) sees her and feels a connection with Park Ha. Yong Tae Moo (Lee Tae Sung) appears in front of Tae Yong. They are cousins. The following day, the two men boards a yacht. While the boat is sailing, they have a small fight and Tae Yong falls into the water. His cousin doesn't attempt to save Tae Yong and actually attempts to hide evidence that he was there. He then jumps into the water and swims away. At this time, younger sister Park Ha receives a phone call that her family has been located in South Korea. Park Ha travels to South Korea and learns that her father has just passed away. At her father's funeral, Park Ha meets her step-mother and older step-sister Se Na. Park Ha has no memory of how she was separated from her family. Park Ha settles down in Seoul. One night, when she comes back to her rooftop room, she discovers four men with Korean traditional clothing sitting in her room. The four men with Korean traditional clothing from Joseon era come to Seoul 2012 after two years Tae Yong went missing in New York.

If you want to know what will happen to the four men with Korean traditional clothing from Joseon era after they come to Seoul 2012, you must to watch this drama. Hehehe.. ;)

It turns out, Lee Gak has a same face with Tae Yong. Because of that, Lee Gak suspected as Tae Yong who is grandson of CEO. He claimed to be Tae Yong, but Tae Moo doesn't trust Tae Yong still alive beacause he had believed that his cousin had died in New York. Tae Yong feels threatened when he hears the news that Tae Yong has started working at tha company. If Tae Yong is still alive, the position of CEO will be given to him. So, Tae Moo wants to open disguise of Lee Gak. What will Tae Mo doing to open disguise of Tae Yong? Is it will be successful? Watch this drama! So, you can know what will be happened. ;)

One day, Crown Prince Lee Gak sees Park Ha's step-sister Se Na who is the spitting image of his late Crown Princess Hwa Yong. He is convinced the two are, in fact, the same person. (That time, Lee Gak doesn't know Se Na who is Park Ha's step-sister.) Therefore, Lee Gak trying to approach Se Na. He thinks if he can married with Se Na, he and his entourage will be back to Joseon era. Lee Gak planned to marry with Se Na, it's make Park Ha to be jealous. Then, who will Lee Gak choose? Se Na or Park Ha? Hhhmmm.. I think you really want to know. But sorry, I will not telling to you. Your should watch this drama by yourself. Hehehe..

It's enough for me to write the synopsis K-drama "Rooftop Prince". If I don't stop now, I will write all story and you will not watch this drama. Hahaha..

Now, I will to write my opinion about K-drama "Rooftop Prince". In my opinion, this drama is good. I like it, but it's bored on the middle episodes. I like the romantic scenes on the recent episodes. ;p

I don't like Tae Moo and Se Na who are the antagonists in this drama. The antagonists are so cruel. I know it must like that, but it's so sucks. Sometimes I want to slap them. Hahaha..

Thank you for read this post. I'm sorry, my English is so bad. I hope this review is good for you. :) 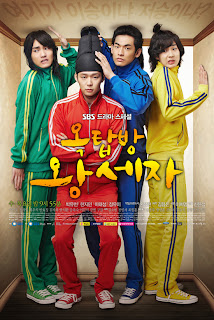 A prince from the Joseon era, Lee Gak, is catapulted 300 years forward into the future in Seoul 2012 with his entourage, which includes Song Man Bo, Do Chi San and Woo Young Sul, when he tries to investigate the suspicious circumstances which surround the death of the girl he loved. In the present, he finds a girl who looks exactly like his beloved crown princess... 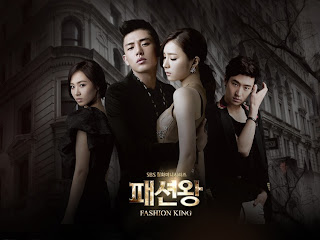 Fashion King tells the story of young aspiring designers in Dongdaemun Market as they dream of success, and the relationships, love, and challenges they face along the way.
Kang Young Gul has never had any goals or dreams for a bright future until he meets Lee Ga Young. Together they work towards their dreams. 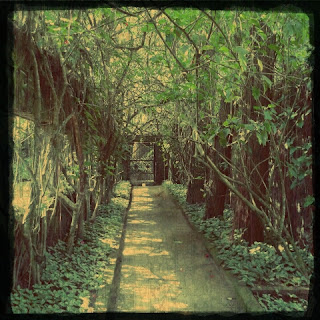 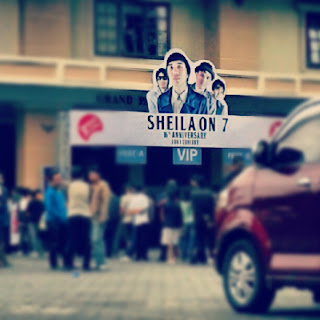 It's time for me to review another K-drama. The title of K-drama is "K-POP: The Ultimate Audition" or "The Strongest K-POP Survival", that is the last drama I saw. Honestly, I had misunderstood with this drama before I read the synopsis. I think that is a reality show about Kpop and boyband. Hehehe.. But after I read the synopsis, eventually I know "K-POP: The Ultimate Audition" is a drama.

Hhhmmm.. In my opinion, this drama is mixture of K-drama "You're Beautiful" and "The 1st Shop of Coffee Prince". Why I can say that? So, you must watch this drama. Hahahaha.. Alright! Because I'm kind, I'll give you a little story from this drama.

Ji Seung Yeon plays classic piano at a music school in England. Because Seung Yeon decided to play Beethoven in her own way, she kicked out from the school. On her flight back to Korea, Seung Yeon flies by a same plane with Woo Hyun, who is returning to Korea after a concert in England. In the plane, Seung Yeon vomited on Woo Hyun's shirt. After landed, Woo Hyun told his manajer to find Seung Yeon. Unfortunately, his manajer doesn't find her.

Back in Seoul, Seung Yeon stays at Kwon Ji Woo's house and does not tell her parents that she is back. Seung Yeon and Ji Woo are bestfriend. Ji Woo is trainee at Sunny Entertainment that is a management company of M2.

Because of audition video posted on the internet, many fans of M2 complaining about that audition. They felt the result of audition is worse. Jang Hyun Suk (Hong Kyung Min), CEO of Sunny Entertainment, holds a press conference and announces that they will pick new members of M2 through fan voting.

Besides romance of Woo Hyun-Seung Yeon, in this drama tells of the struggle toward M2's debut. So many obstacles that must be passed this group, both from internal and external. If you want know what are the obstacles, my suggestion is you must watch this drama. Hahaha..

I think it's enough for me to give you a little spoiler. ;p FYI, this drama be supposed until 16 episodes, but the production company reduce it to be 14 episodes. I don't know what the reason changed it.

In my opinion, the drama is not good and not bad too. But, it's okay if you want to find something entertain, you can to watch this drama. :)


*NB: Sorry, my English is so bad. I'm still study to be better. 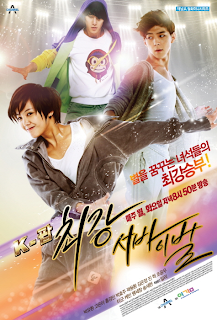 Ji Seung Yeon dreams of becoming a hip-hop legend and unexpected events set her on the path to achieve just that, although there is an added obstacle - she has to dress up as a boy in order to join a male idol group. In the process, she meets Kang Woo Hyun, the leader of the popular idol group, M2, who captivates fans with a killer smile that masks his rude and selfish personality. 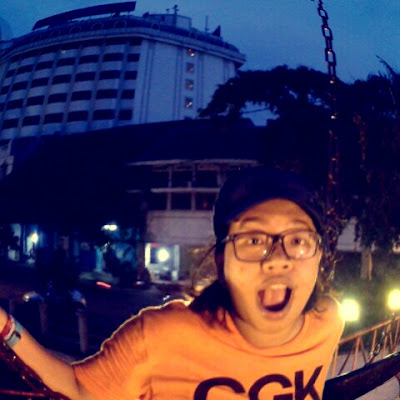 L'Arc~en~Ciel, thanks for coming to Indonesia. I hope we'll see again soon. 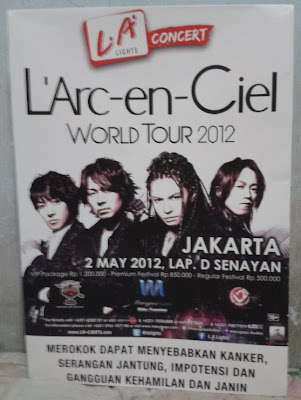 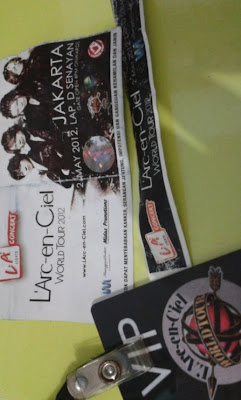 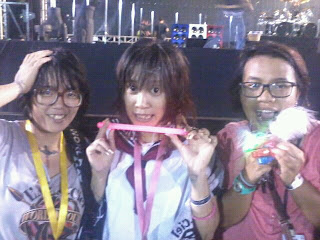 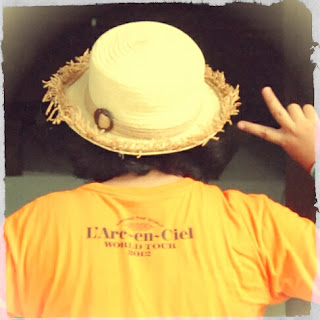 must read and see

we are best friends 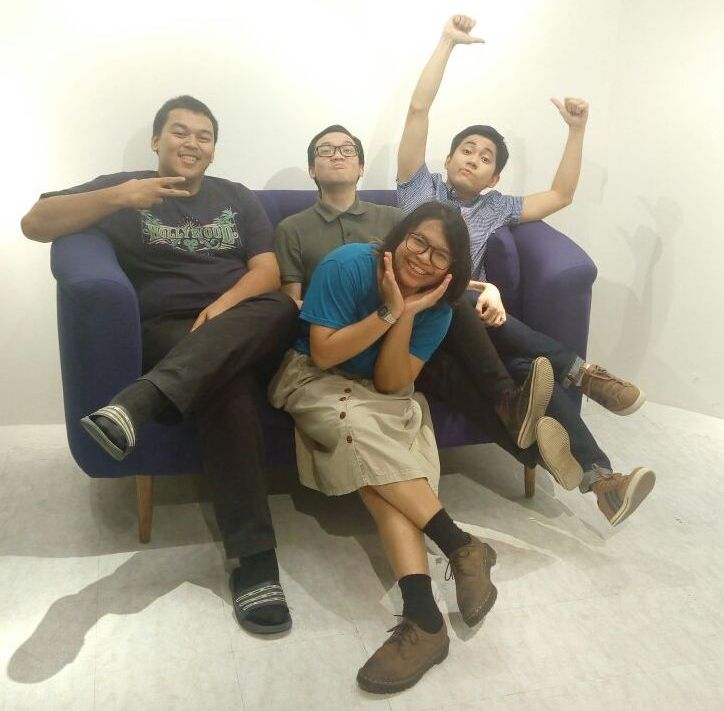 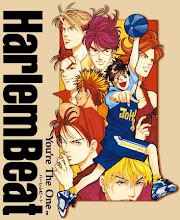 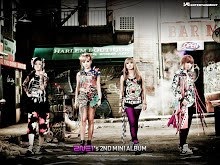 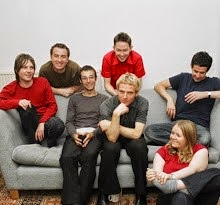 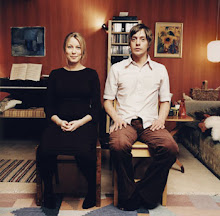 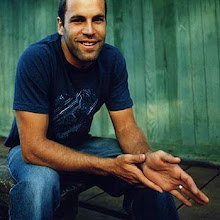 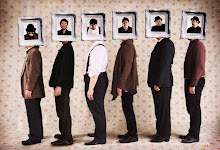